After registering with RS Components and Element 14/Farnell on the launch day of the Raspberry Pi way back in February I can finally report that the second of the Raspberry Pi’s have been delivered today. This was just in time as one of the those which I ordered I was giving to a friend of mine – Andreas Ronge (@ronge). Here is a wee photo of our excitement of the first boot up of our Raspberry Pi. 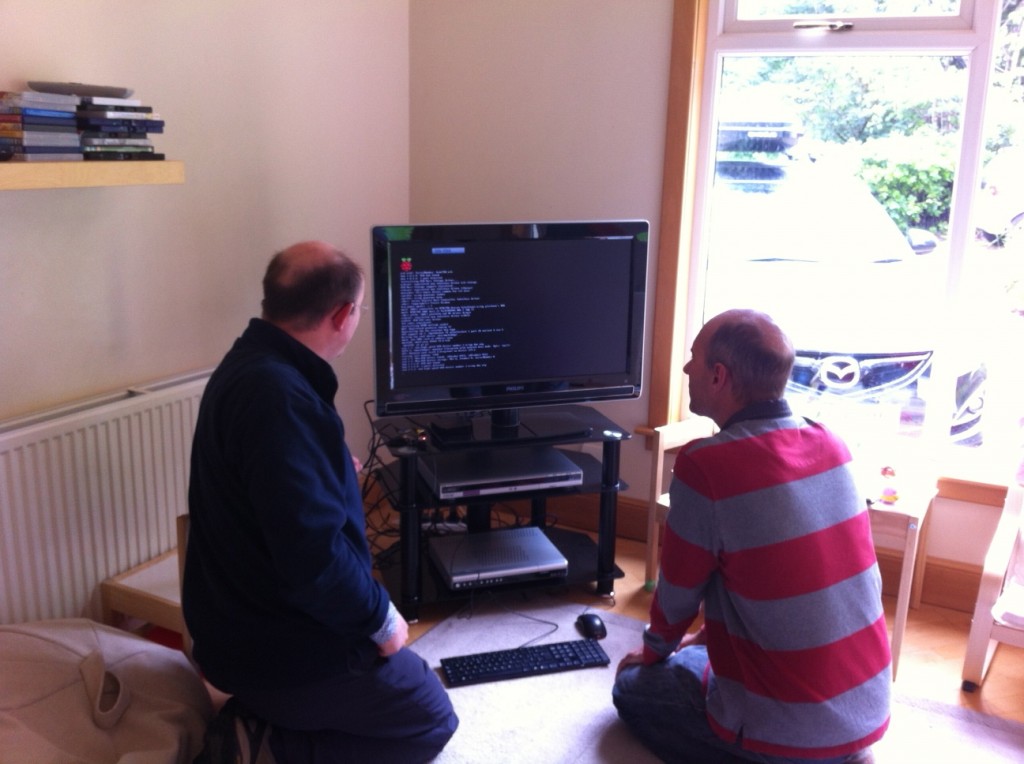 I have been waiting for this moment for months and was worried that I wouldn’t receive the second Raspberry Pi in time. The best bit! Andreas didn’t even know he was getting one! It was a compete surprise! Wasn’t it!

Anyway we are both now enjoying our first foray into the world of Raspberry Pi. Although, thanks to the blogs, wiki’s and YouTube articles the downloaded Debian squeeze images onto the Level 4 San Disk SD cards worked first time without hitch.

I’ll give a full run down of the setups used at a future juncture.

For now! I’m just happy when a plan comes together.

As a parent I am really impressed by the latest incarnation of the Raspberry Pi. The Raspberry Pi 3 with it’s significant advancement in processor performance and the additional USB

Pupils of all ages bring your parents for some fun coding tasks at the Jam Packed Family Hack being held at Hamilton Grammar School on Friday 28th August.  Come along